North Country Arts Center, known as NorthCountryARTS as of 2015, is a 501(c)3 non-profit organization whose mission is providing opportunities, encouraging and promoting artists in the North Country. In 1971, NorthCountryARTS began as a small shop in Warrensburg, NY, where artisans and fine artists from the North Country were able to exhibit and sell their work. After a few years the group moved to Glens Falls where it found a new home in the Glens Falls City Hall on Ridge Street. Richard Humphrey managed North Country Arts Center programs for many years. In 2006, space was donated at 6 Pine Street in Glens Falls for its mailing address and to maintain organizational records as well as occasional exhibits.

The primary objective of this arts organization has been to provide opportunities, encouragement and promotion of the many talented artists living in northern New York State. The organization has had a long and illustrious history of more than 50 years of continuous operation run by volunteers. Many programs have come and gone but the mission has always continued. In the past the organization was best known for its longest running program, “On My Own Time”, an annual competition open to area businesses, whose employees and retirees were encouraged to enter artistic work which was displayed at the 2nd Floor Gallery in Glens Falls City Hall and awards were presented to recognize the artists.

Other events have included: an annual Beaux-Arts Ball co-sponsored by the Lake George Opera Guild and NorthCountryARTS. In addition to fundraising, this activity became the highlight of the winter social calendar in the Glens Falls area. Other activities sponsored by NorthCountryARTS over the years were a summer golf tournament at “Top of the World” Golf Course, the “Seven to Eleven Club”, an art program in area libraries for children 7 to 11, various children’s activities at the Lower Adirondack Regional Arts Council’s annual June Craft Festival, spin art at the Glens Falls Symphony’s Chocolate Festival held at Adirondack Community College (now SUNY Adirondack) and the “Color of the Fall Festival” held at Crandall Park in September.

In 2009, NorthCountryARTS presented two member shows motivated by The Hyde Collection’s exhibition “Degas and Music” and another inspired by Andrew Wyeth. The organization still sponsors an annual fine art show in December and a pholography show in July, both with juror choice awards and both held at Crandall Public Library. The 2nd Floor Gallery at Glens Falls City Hall now focuses on individual or small group shows every six weeks. Art workshops have been held in Chestertown and in 2015, artists presented workshops at the Shirt Factory in Glens Falls and hopes to do so again in the future.

In 2017 and 2018, NCA sponsored Artists Open Studo Tours and in 2017 a special event at the Wood Theater, called Last Call. NCA artists interpreted Paul Pines poetry which were exhibited during the musical performance of the poems and then exhibited for another month at Crandall Public Library. This type of special event is being repeated in 2020 called Holding It All, using the poetry of Bernice Mennis.

NorthCountryARTS continues to seek prominent opportunities for area artists to exhibit their creations. NCA is also a member of the Glens Falls Arts District and both the NCA Gallery at the Shirt Factory and in City Hall will be on the GFArts Trail. 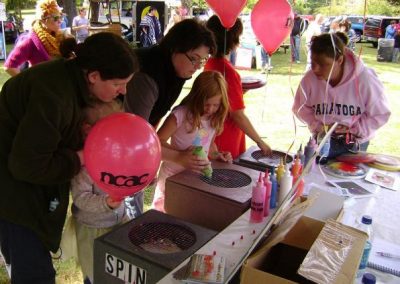 Spin Art at Colors of Fall 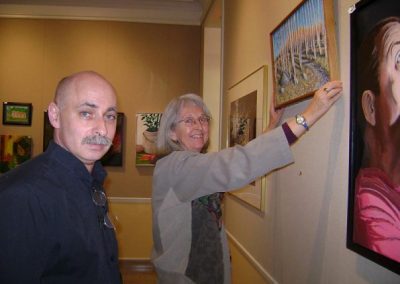 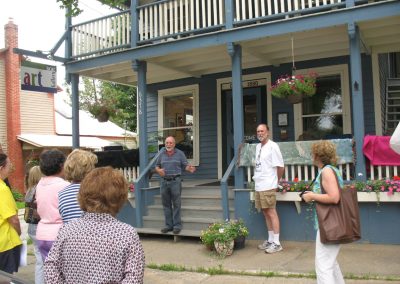 Fred Holman at the Art in Chestertown Gallery 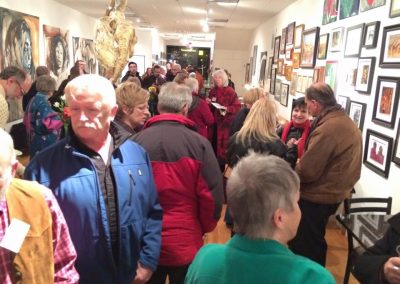 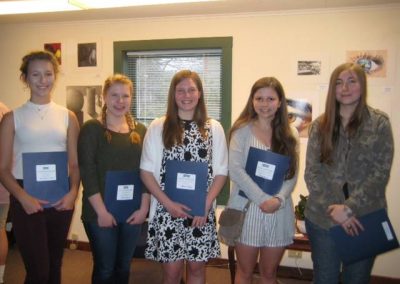 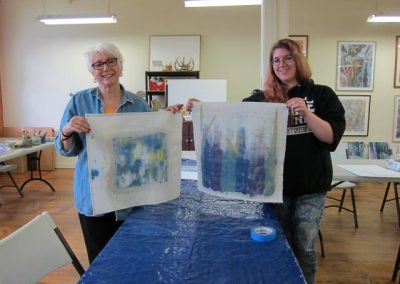 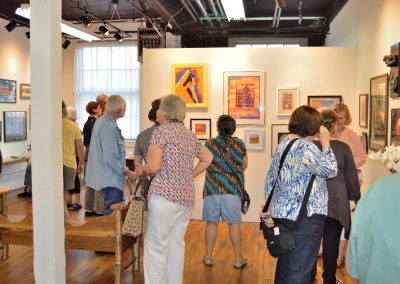 NCA at the Shirt Factory 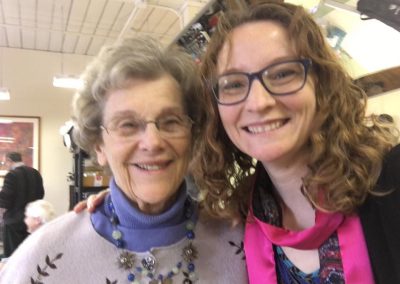 Past board presidents Jacquiline Touba and Kate Austin-Avon 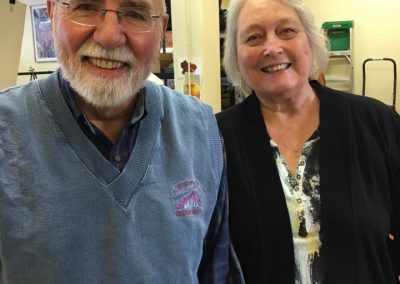 Past board presidents Linda Buerkley and Fred Holman 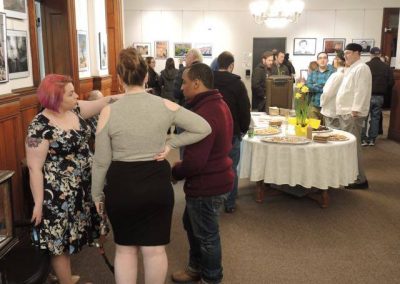 A reception at the 2nd Floor Gallery 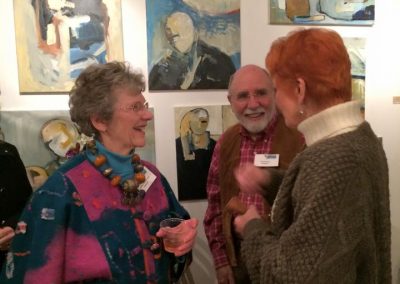 A reception at the Downtown Glens Falls Rare Earth Gallery 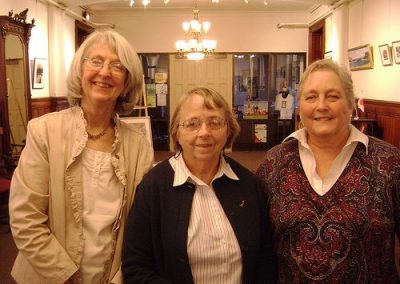