Carol Law Conklin graduated from Massachusetts College of Art and later studied printmaking at the Museum School of Fine Art in Boston, followed by a summer of studying in Rome Italy. She developed a strong printmaking style and went on to apply this to wood-burning where figures in the wood emerged from their hiding place in the grain.

It was later that she fell in love with the batik medium while living in the Berkshire hills of Massachusetts. Batik is a flowing, sensuous and soothing medium that is an ancient method of painting on fabric with wax and dyes. The wax acts as a resist and a batik may have from one dye bath to twenty or more. The results are always magic!

Carol’s batik have been exhibited in many eastern United States galleries and also sold abroad. She works with natural patterns, earth forces, cycles, seasons and loves to portray animals. Much of her work relates to fantasy, mythology and primordial themes.

She and her husband Richard have spent twenty-eight years on a Jersey cow dairy farm called Amity Farm in Washington County, New York, at the foothills of the Adirondacks. Those years have provided great inspiration for her work; Farmscapes, cows, sheep, horses, barns, fields and mountain views. Carol’s business, Amity Farm Batik, was named for their farm – which was named for a horse, Green Meads Amity, a Morgan mare.

Carol not only sells her original batik and prints; she also sells fabric prints, leggings, skirts, shirts, dresses, kimonos, headbands, scarves, tote bags, cutting boards, rivers, potholders, pillows, mousepads and more. You can find these items in her Etsy shop. She is also a prolific writer and blogs about batik and her relationship with nature and animals on her website.

Carol is grateful to be sharing her work with you and feels fortunate to live in the beautiful countryside that feeds her spirit. 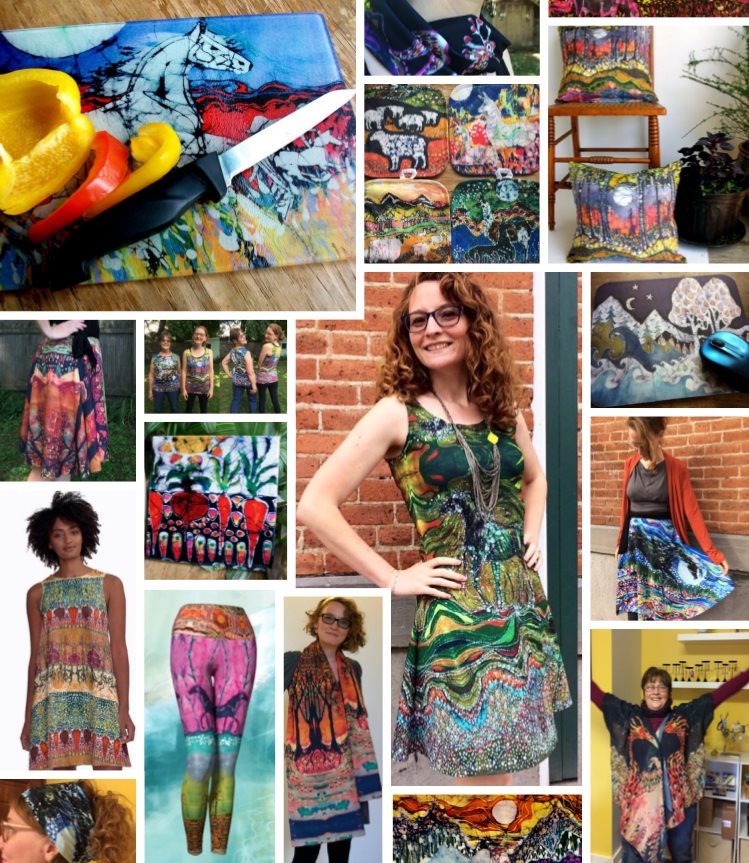 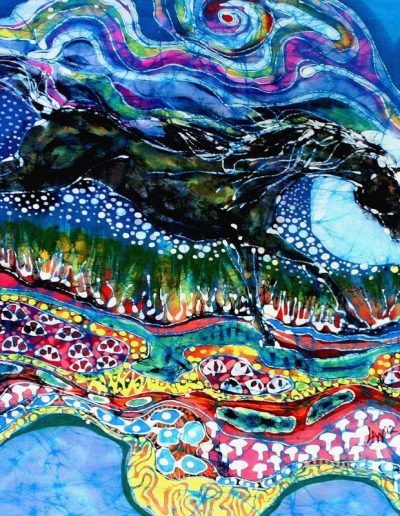 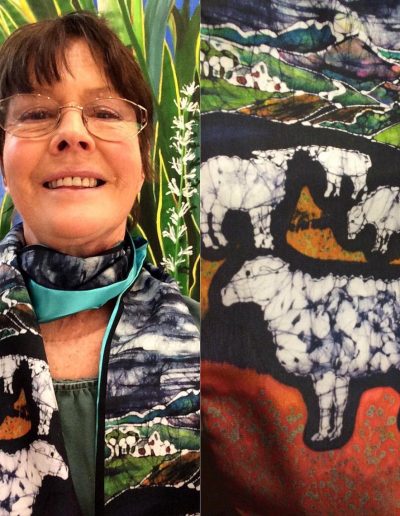 Carol wearing a scarf featuring her Sheep at Midnight batik 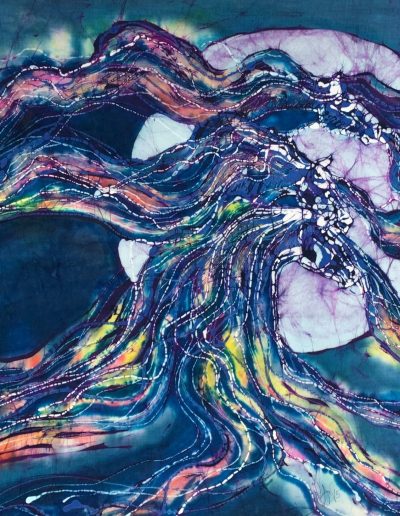 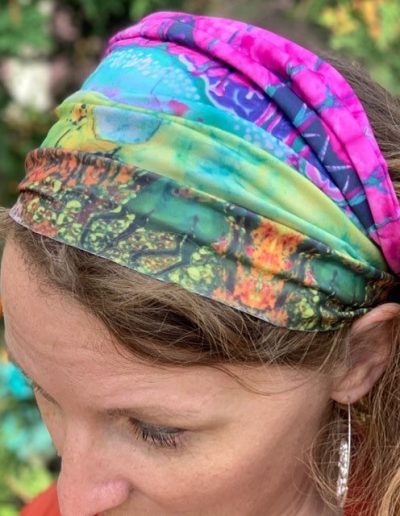 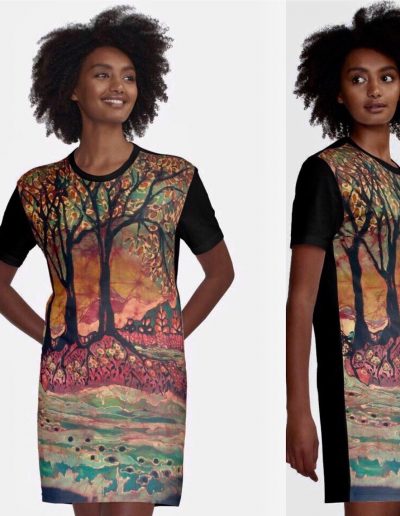 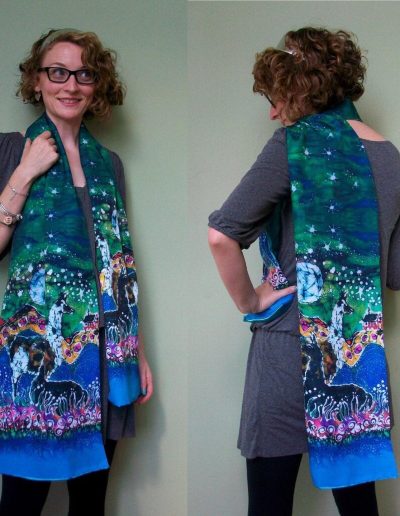 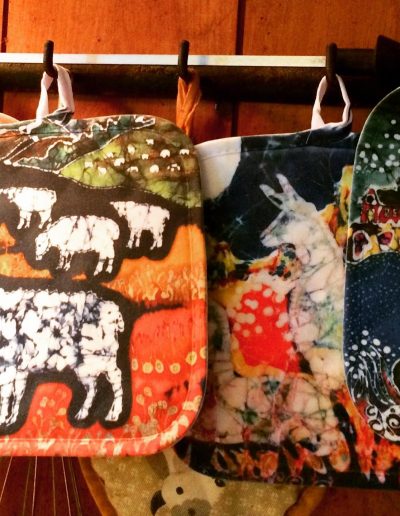 A selection of batik potholders 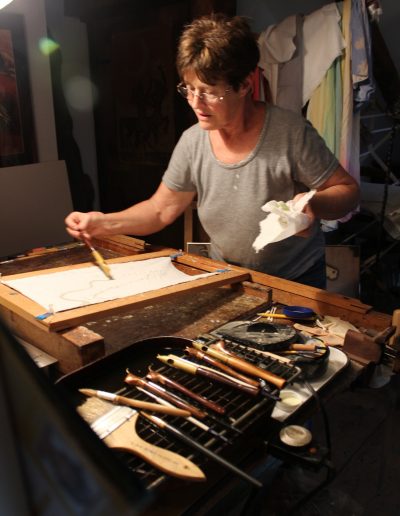 Carol at work in her studio 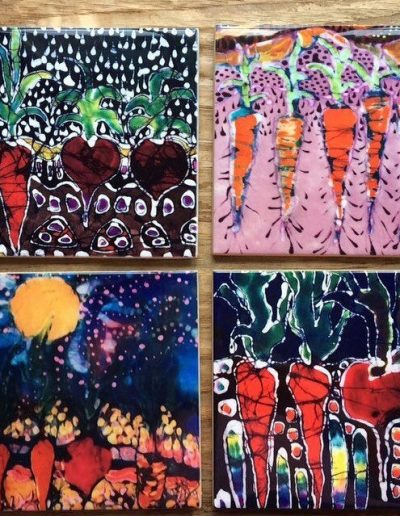 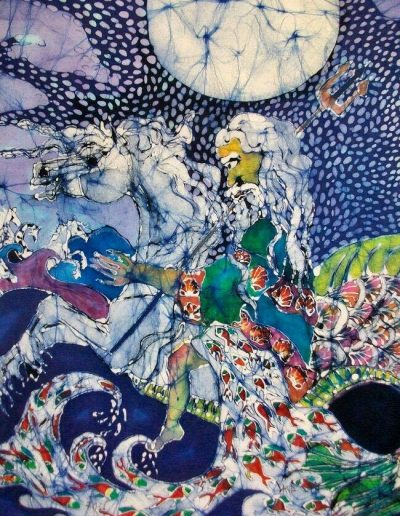 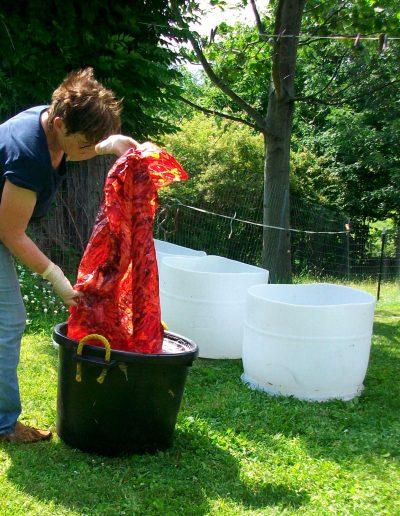 Carol dyeing in her outdoor studio 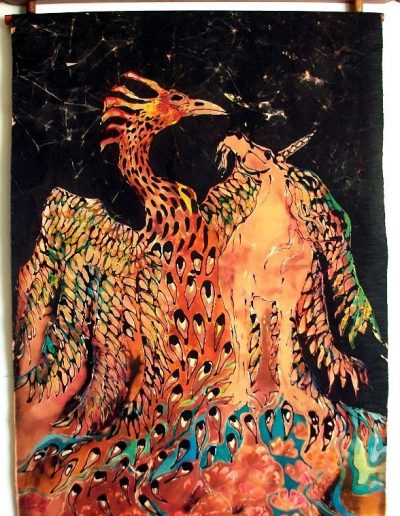 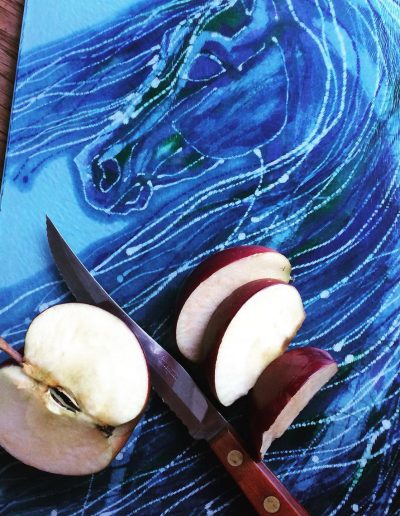 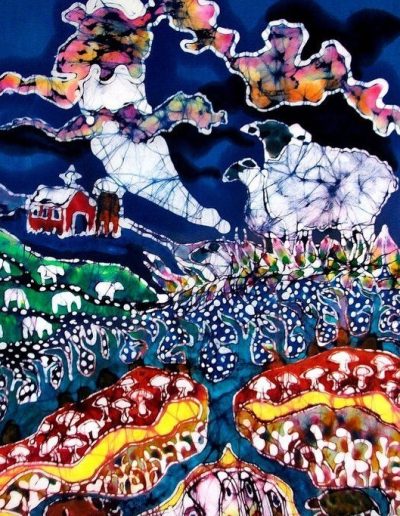 Sheep in Moonlight While All Else Sleep 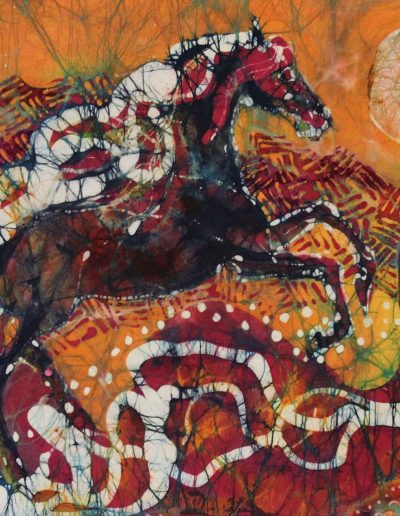 Horse Bursting from the Sky 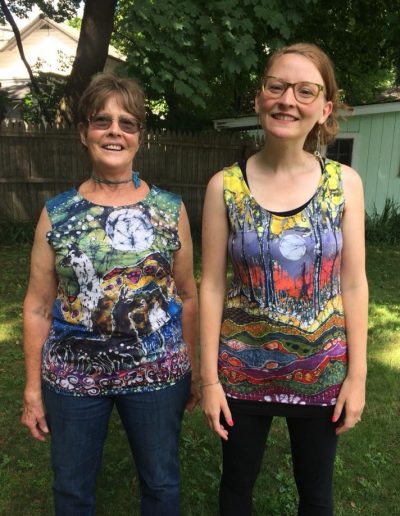 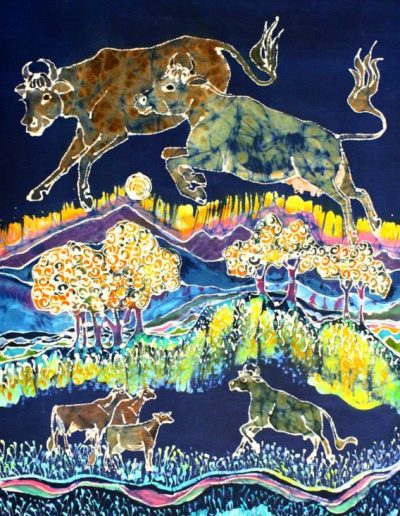 Cows Jumping Over The Moon 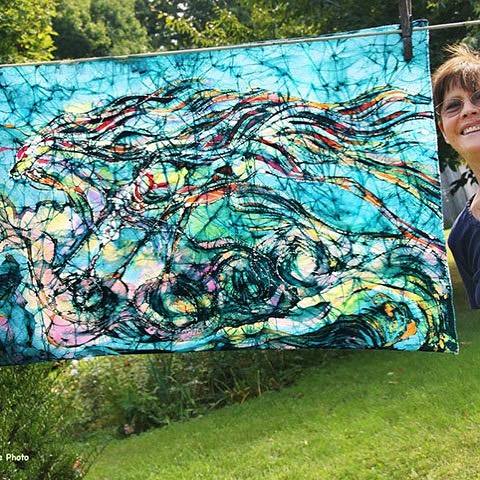 Carol with a finished batik on the line 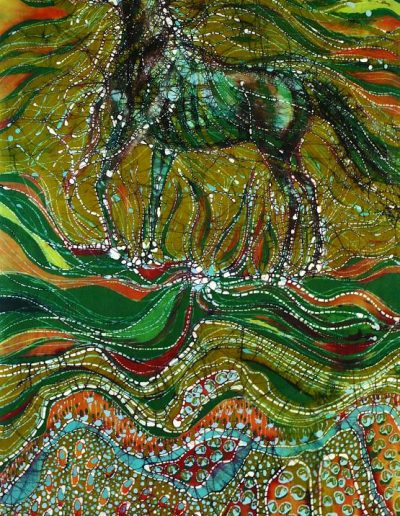 Horse Rises From The Earth and Merges with the Wind